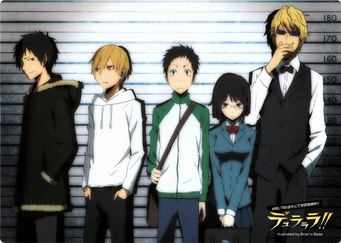 In Tokyo's downtown district of Ikebukuro, amidst many strange rumors and warnings of anonymous gangs and dangerous occupants, one urban legend stands out above the rest – the existence of a headless “Black Rider” who is said to be seen driving a jet-black motorcycle through the city streets.